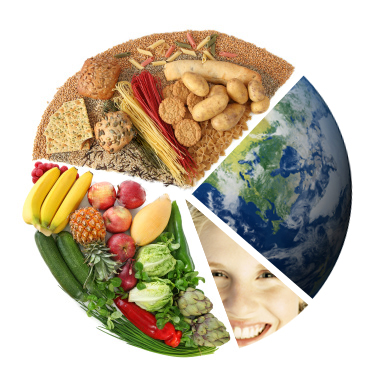 Here’s a statistic that sticks in the throat: since the advent of agriculture, only 7,000 plant species out of a known 250,000 have been used by humans as food, according to UN biodiversity experts. Today, just 12 crops and five animal species make up 75 percent of global calorie intake.

This is just one factor driving a new movement: sustainable healthy eating. It is a new aspiration in dietary circles for two reasons: unhealthy diets put more people at risk from death and disease than unsafe sex, alcohol, drug and tobacco use combined; and global food production is the biggest single driver of environmental degradation.

“Taken together, the outcome is dire,” noted a 2019 report by the EAT-Lancet Commission, an influential collective of 37 scientists from 16 countries, tasked with examining how the world should feed itself in the future. “A radical transformation of the global food system is urgently needed.”

That is why scientists and policymakers are pressing people to make the “Great Food Transformation” to diets that are both nutritious and which preserve the environment sufficiently to feed future generations.

The UN Food and Agriculture Organization defines sustainable diets as those “with low environmental impacts which contribute to food and nutrition security and to a healthy life for present and future generations . . . protective and respectful of biodiversity and ecosystems, culturally acceptable, accessible, economically fair and affordable; nutritionally adequate . . . while optimizing natural and human resources.”

The reference to affordability is key: healthy diets, with the requisite five a day of fruit and veg, can be costly, but the local and seasonal fare is cheaper. The EAT-Lancet Commission scientists spent two years devising the “planetary health diet” and dished up their findings in January.

Apportioning food groups on a daily basis, nuts and legumes far outweigh chicken or fish. A daily glass of milk covers dairy requirements. Interestingly, it is an omnivorous — rather than a vegetarian or vegan — diet.

Corinna Hawkes, director of the Centre for Food Policy at the City University of London, is a commission member. “The healthy diet was based on scientific principles, not sustainability criteria,” she says.