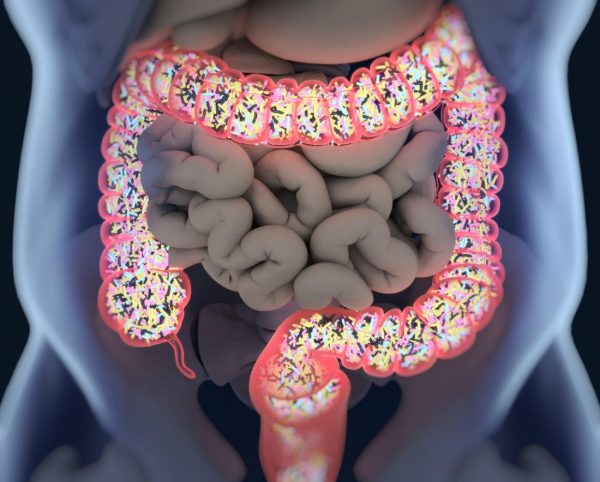 Body organs such as the intestine and ovaries undergo structural changes in response to dietary nutrients that can have lasting impacts on metabolism, as well as cancer susceptibility, according to Carnegie’s Rebecca Obniski, Matthew Sieber, and Allan Spradling.

There are three major types of cells in fruit fly (and mammalian) intestines: Stem cells, hormone-producing cells, and nutrient-handling cells. Think of the stem cells as blanks, which are eventually programmed to become either hormone-producing or nutrient-handling cells. The authors discovered that this programming can be influenced by dietary nutrients and that young animals are particularly sensitive to these changes.

Moreover, the researchers were able to identify the detailed molecular mechanism by which cholesterol causes these changes in cell fates, and to show that it is closely related to the way human intestinal cells regulate cholesterol production.

What does this mean?

It shows that low nutrient availability, especially early in life, such as the low-cholesterol diet for the fruit flies, triggers changes in intestinal structure and metabolism that have long-term effects. These changes persist for quite a while even if the diet changes, which can increase the risk of metabolic health problems down the road.